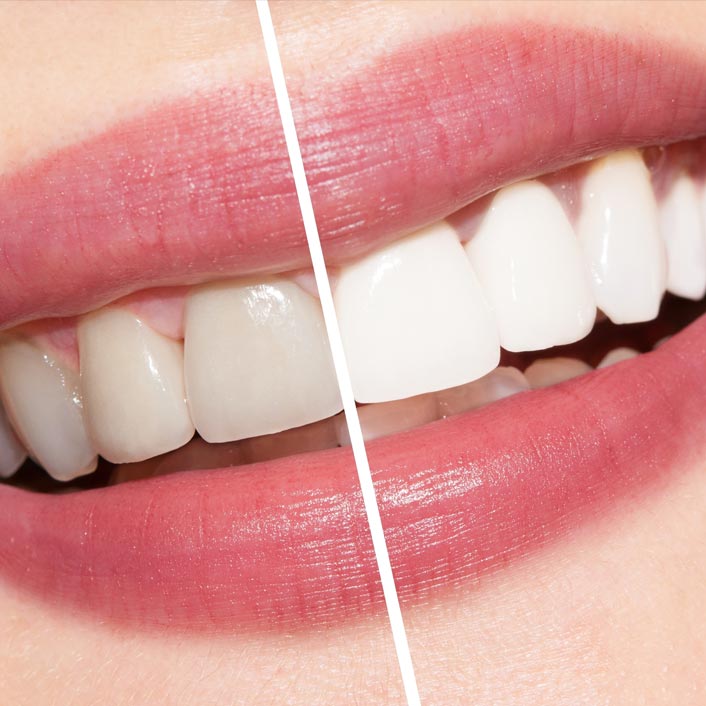 Who doesn’t want a brighter smile?

Our office doesn’t use instant, one-visit whitening systems. The bleaching agents used in those systems are usually caustic, and can burn the gums if they drip on them. Instead, we use more gradual systems that are safe for your gums and your overall health.

The bleaching ingredient in our bleaching agents is a slow-release hydrogen peroxide, released gradually enough to whiten the teeth without burning the gums. It cleans out the stain from the pores in the tooth surface without damaging the mineral component of the tooth. It can be applied in two forms: trays and strips.

For tray whitening, we make clear plastic trays for your teeth, and you put the bleaching gel in the trays whenever you use them. Trays are a good option for people who intend to bleach often, or who have a long way to go, because a refill of the gel is cheaper than a new set of strips.

Strips work the same way as the trays, but the gel comes packaged in a flexible plastic strip that you press over your teeth like a one-size-fits-all tray. You can start using them faster, since you don’t have to wait for us to make trays. Strips are a good option for people who don’t need extensive bleaching, and want a quick touch-up.

A note of caution: Be careful not to bleach your teeth whiter than the whites of your eyes. When people look at a face, they tend to focus the brightest part of it. When the teeth and eyes match, they esthetically balance each other, but if you over-whiten your teeth, you may find people staring fixedly at them during conversations.

Ask about our whitening options. Please consult us about use of over-the-counter whitening treatments. There are a lot of good ones out there, but many can cause damage, too. We're happy to give advice.